I had the great pleasure of interviewing Canadian artist Damon Langlois, the man behind the incredible Guardian Herd sand sculpture of Star, pictured here:

(Also, see story in Publishers Weekly) Damon Langlois lives in Victoria BC, Canada and he's married to a fellow Sand Sculptor from the Netherlands, Charlotte Kolff. They met at the 2007 World Championship of Sand Sculpting in Harrison Hot Springs. Their son’s middle name is Harrison! Mr. Langlois also owns a design firm called Codetta Product Design. That is his career, but his passion is sand sculpture and he's traveled the world doing it. From Taiwan to South Africa to Europe to Kuwait and all over Canada and the US. he's a four time, team sand sculpturing world champion, a solo world champion, and a Guinness World Record holder!

In the following interview, Mr. Langlois explains how he built the Star sculpture and he gives readers tips on how to build sand castles and sculptures that won't fall down. Enjoy!

Jennifer Lynn Alvarez (JLA): How long have you been sculpting with sand and what got you started in the competitions?

Damon Langlois: Like a lot of people, I started sculpting sand on the beach as a child. My family moved to Vancouver Island from the prairies of Alberta when I was nine and there are beautiful beaches here with good carving sand so this had an obvious influence. As a teenager, I would carve faces and human forms into the wet tidal sands of Tofino. I joined the competitive sand sculpture scene in 1992, so I consider that my official start. I guess it’s my twenty-fifth anniversary this year!

I shared an office at my first design job with a sand sculptor who was part of a newly created sand sculpting team called "the SandBoxers". His name was Greg Jacklin and he asked me to join them. Being young and full of false confidence I said “sure” and after a practice on the beach we won second place my first competition - the Harrison Hot Springs spring invitational. I was hooked. I competed with the SandBoxers for fifteen years and we ended up becoming four-time world champions. The sand sculpting scene has changed a lot since then and team competitions are few and far between. I now mostly compete as a solo artist. I also get paid to both carve and design sand sculptures and sculpture parks.

JLA: The sculpture you built of Star from the Guardian Herd is impressive! How long did it take to complete and what are its dimensions?

Damon Langlois: My sculpture of Star was created at the 2016 Parksville Beach Fest http://www.parksvillebeachfest.ca in BC Canada. It took a total of thirty man hours over four days. The completed sculpture was ten feet tall and I shoveled and carved ten tons of sand to make it. I got second place in the competition. Stiff competition.

JLA: What compelled you to sculpt Star from the Guardian Herd book series for the competition?

Damon Langlois: At the time I had just finished reading the first three books with my son and he loves them. The competition had a theme “Things with Wings” and so this was a natural fit. My sculpt wasn’t just a literal sculpture of Star though. It was also a tribute to my son. The character reminds me of him since my son battles with his own internal energy, both good and bad. His mind is ahead of his body and he needs to grow into his wings and learn to control his own Starfire. I hope he choses the golden fire.

JLA: Kids would love to know how do you begin a huge sculpture like that? Do you start with a pile of sand and chip away at it, or do you build it from the ground up?

Damon Langlois: A sand sculpture like this starts with three simple things: sand, water, and compaction. We make what is called a “pound-up” first. Water is the secret ingredient and compaction is the secret process. We use forms (pictured left) to get stronger and more vertical compaction. You can do sculptures without using forms with a technique called “Soft pack”. It is called so because it ends up being a softer compaction which you feel when sculpting it. Most sand sculptors use forms and work with “hard pack”.

Forms can be wood like I used in this sculpture but they can also be “flex forms” which are plastic sheets coiled into a cylinder. I use lots and lots of water so I don’t have to physically compact as much by beating on the sand with a blunt instrument. The water itself liquefies and settles the sand into a very solid pound-up. This technique is called “super saturation”. Commercial sculptures use water sparingly especially if constructed indoors. Mechanical compactors are used to compensate for the dryer mix. The principle is the same. Sand water and compaction! Am I giving away too many secrets?

JLA: When creating, what sort of tools and equipment do you use? Are there any compounds or solutions involved that help keep the sculpture together, or is it pure sand and water?

Damon Langlois: It is pure sand and water. All sand is not equal in strength though. For instance, a washed beach sand is like stacking marbles where a sand with rough grains plus silt and clay is like making a brick wall. We will sculpt all kinds and need to adjust our creative engineering to the strength of the sand we have to work with. Gravity is one of our biggest enemies. Weather is the another. You will see us spray a sealant on the sculpture when finished which is a very diluted biodegradable glue and water mixture. This is non-structural and only forms a thin skin that helps protect it from the wind and rain. As for tools, every sand sculptor will have a well-worn Marshalltown 1 ½ inch margin trowel in their kit. In general, we use mason trowels, oil painting palette knives and home made tools but many things can be employed. Occasionally a sculptor will discover a new tool that works well in the sand. The last one to stick was the horse brush which is both good for texture and carving organic shapes in the sand.

JLA: Barring high winds and rain, how long does a sculpture like that last?

Damon Langlois: If indoors, indefinitely. It forms a cookie like status. Fragile yet strong. Outdoors, thirty days is common. Ninety days is possible but repairs will be needed to keep it looking finished. Weather events have been known to destroy entire sculpture parks. I personally have never been on a job or created a sand sculpture where I didn’t finish despite whatever disaster has been dealt. I like to say it’s the collapses that make a sand sculptor. In the end, the ever-present possibility of the sculpture falling apart is what makes the art so interesting.

JLA: Do you have any tips for children to help them improve their sand sculptures?

Damon Langlois: Use a few good tools. A small kitchen palette knife (offset spatula) is a good all around tool. We usually cut the end of so it is square not round. A thin strong surface is what you want. Use lots of water and make a solid pile first. Build the pile, or shall I say pound up, in six inch layers with a dry sand lip around the edge. Fill the center with tons of water and add the next layer the same way. 80% of a sand sculpture is in a solid pound up! Have fun and just make shapes. Explore what the sand can do and that you can take away and add! If you can find them, Willyspheres (Sand Shapers) are a great beginners tool, You can easily make interesting shapes with them. They are also in every pros kit and were designed by a professional sand sculptor.

JLA: Do you enjoy making other types of art?

Damon Langlois: I draw and create characters for a line of tiny felt dolls my wife makes by hand called Shroompers. Most of my spare creative energy goes towards the art of product design. I own a small Industrial Design firm called Codetta Product Design and we consult with corporations and entrepreneurs on product aesthetics, user experience and manufacturing. This profession is both similar and the opposite of sand sculpture. Industrial design is the combination of art and engineering but I design products that are meant to last where my sand sculptures are ephemeral (look that word up). I am also designing my own house right now.

JLA: Tell us about a crazy sand sculpture experience.

Damon Langlois: Last year I designed and sculpted the Guinness Book of World Record Tallest Sand Castle with the Legendary Ted Siebert of the Sand Sculpture Company. We were employed by Turkish airlines at the last minute to do this crazy tall sand castle and despite of doubts we committed to doing it. I was still working with the client trying to finalize the design while the team had already begun carving it! When we finished It was 45 ft 10.25 inches tall. It was extremely scary and risky to work on. Building a structure solely from sand this tall really pushes the extremes and we just about lost the sculpture a few times. Half way through sculpting we started to see vertical cracks forming in the sculpture. Rule number one? Don’t panic. We figured that too much was removed from one side and the sculpture was starting to split apart slowly. We carved down the castle tower that was splitting away removing about one foot of height and about 800 lbs of weight. We then added more sand to that side as a buttress. We marked the cracks by swiping the bottom to see if they would grow but they didn’t and we rescued the sculpture. At least until the rains came.

We were almost finished when the heavy rainfall hit our site. Miami is known for some good storms. The sealer we spray is only a thin shield and it broke down under the heavy barrage. Holes in the shield grew as rain excavated them larger. At one point during the storm the sculpture started to melt away as small rivers started to run through it. Thankfully it stopped just in time. We repaired the sand castle and were awarded the Guinness World Record! 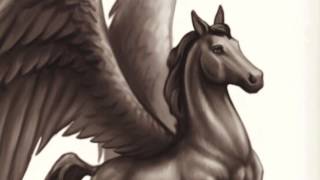 HAPPY ONE YEAR BOOK BIRTHDAY TO THE GUARDIAN HERD: STARFIRE

HOW LONG SHOULD A CHAPTER BE?